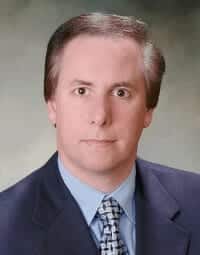 Safetly Squating with the Safety Bar

You hear all over the internet that the squat is the most beneficial exercise for both fitness and health. It involves all of your body’s major muscle groups, improves athletic performance, and can also prevent orthopedic issues. However, the squat can just as easily cause them in the blink of an eye if performed incorrectly. Between the awkward hand positioning and direct vertical load on the spine, this risk is higher than experienced lifters like to admit.

In this blog, we’ll be discussing how the use of the relatively new safety squat bar may be one of the best squat variations for both your muscles and your joints.

Before we dive (or in this case, squat) deeper into the Safety bar, we first need to understand the limitations of traditional barbell squats. Both the front and back squat require shoulder and wrist mobility the general public may not initially have.

Specifically, the back squat requires more shoulder abduction and external rotation than new gym goers may have trouble with. The front squat (pictured first) requires so much wrist extension, elbow flexion, and shoulder flexion that any less range would result in dropping the bar (and potentially right on top of your knees). The cross armed front squat and zercher squat attempt to rectify this but present new issues entirely.

The cross arm front squat may make loading the bar easier, but at heavier workloads it becomes much more difficult to maintain as the upper back and thoracic extensor muscles fatigue. The zercher squat allows for a decompressed spine while maintaining traditional front squat benefits. However, holding a heavily weighted barbell in the crux of your elbow joint could easily lead to both chronic and acute ligament and joint injuries. Subjectively, its extremely uncomfortable.

A fair amount of stretching and mobility drills will increase shoulder and wrist mobility required for the standard clean grip front squat over time. However, it still presents a barrier to entry for beginners as they now must focus on increasing upper body mobility while learning proper squat technique.

How the Safety Bar Saves Your Joints

While the safety bar is loaded behind and below your neck like the back squat, the less thoracic extension and natural hand positioning required to hold the bar balances this out as best as physically possible. This simplification allows you to concentrate more on important technique ques like pushing through your mid foot and hitting correct squat depth much easier.

By learning how to shift your hips and “sit back” into proper squat positioning, shear forces on the knee joint are minimized as your center of mass shifts behind them. An easier bar load position allows for less stress on your mid and upper back muscles; preventing a rounded posture you may slip into during a traditional front barbell squat.

Of course, learning to correctly perform a squat isn’t an exclusive benefit of the safety squat bar. However, it is much easier to do if using the bar over a traditional barbell.

One might think that this shift in bar positioning may affect the muscles targeted. Front squats tend to emphasize the quadriceps while back squats heavily involve the glutes and hamstrings. However, exercise science as a whole isn’t unanimously convinced. Hecker et al. found that squatting with a safety bar produced significantly lower activation in the rectus abdominus (abs), medial & lateral hamstring, and Vastus Lateralus (outer quad) muscles when compared to the traditional back squat. However, Vantrease et al. found no significant differences in any muscle group.

More research is necessary to say for sure, especially as the bar becomes more popular in both fitness and rehabilitation. However, safety bars differ greatly between manufacturer and model. Traditional barbells are more universally similar to adhere to powerlifting and olympic competition standards.

So should you squat with the safety bar?

The safety bar squat is a great tool to help teach new and reinforce proper hip and knee squat mechanics. Therefore, it may be the superior compound lower body exercise for new and recreational weightlifters.

However, if you are an athlete where traditional barbell squats are sport-specific (i.e powerlifting or olympic lifting) there is little to no reason for this unique bar’s use. More research is needed to solidify the advantages/disadvantages from a muscle activation standpoint despite the sound theory behind (or underneath) the safety squat bar.

Do You Know Squat?

Whether you’re trying to build muscle or lose weight, squats could be your best go-to exercise. The problem is, squatting is also one of the most difficult exercises to do properly. Different squats will load the main joints and muscles around those joints differently depending on style, bar placement, and weight distribution. Improper squats are the quick road to pain and injury.

The main considerations for the proper squat technique are torso angle and shin angle. The alteration of those two variables will be the main way you can tell which joints are being loaded more and in which way. Here are some rules to keep in mind:

Let’s examine two different variations of squatting and discuss how the different areas of the body are stressed differently from one to the other.

You can use this information as a way to change the variation of squatting you use depending on what area you want to stress more or less. If someone is dealing with knee pain, as an example, you could try performing a squat variation that stresses the knees less and subsequently the back more.

A fun routine for the summer can include squats too! See our Sandy 7 Beach Routine including Prisoner Squats!